I have received a question from a long-time friend named “Jigzon”. This is in relation to the the tendency of lifting weights to affect his basketball skills – especially his “shooting”. He was worried that lifting weights will do a number on his ability to throw jump shots. Is this true?

Of course it isn’t!

This conversation happened one day at work. We we’re talking about how people change and degrade physically with years of working. I asked if he could still dunk as he used to do so with ease back in high school days (even if he only stands at five foot, seven inches). He told me that he can’t and it has been a long time. Working in the office has indeed done a number on his body according to him while tapping on his belly.

But Jigson still loves to play basketball from time to time and he is indeed better that anybody I know – but compared to his past self he has indeed “levelled down” big time I have to say.

I off course told him how I maintained my physique even through office work – LIFTING WEIGHTS.

I prescribed to him an athletic type of regimen the one that is especially designed for jumpers and athletes. But he gave me doubtful look and told me how he heard that lifting weights could possibly reduce his wrist power in doing jump shots. 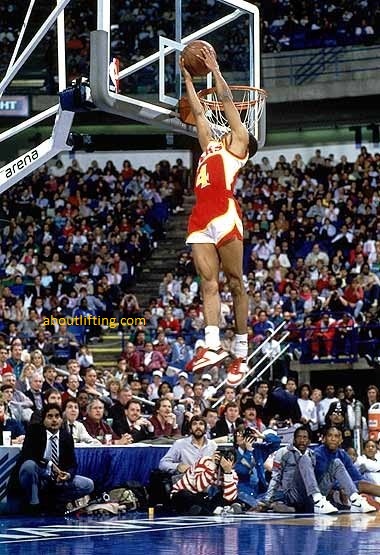 This is obviously false and we could account that to common sense. But there are many stupid myths like this floating around nonetheless.

I advised my friend that he should expect his performance to initially decline post-workout nonetheless sin his body and his muscles will be sore. And that moment is not the most advisable time for playing in a league.

But to top it all off lifting weights will not reduce your jump shot power in basketball but will instead POWER UP your jump shots and over-all basketball performance. This is the reason why NBA stars lift weights. Eat your eggs, people!

Testosterone Linkfest, Father's Day Special - Dedicate a Deadlift for Dad
Deadlift to Condition Your Type 2 Muscle Fibres ALL AROUND YOUR BODY - Put Your Fast Twitch Muscles Up For Mass HIRING