Yes, the rich get richer and the poor get poorer; that is just how things are. Remember Christ once told of a parable of three servants with which the one who has gained the most was given all those that the others who have gained less (or nothing) had.

Damn even Chris Rock once said that the only way to get girls to have already gotten a girl. Which turns out to be true – that is why women secretly love having affairs with married or taken men – it’s PRESELECTION, BABY; like a kid fighting over the toy that the other kid is playing with even if she is already playing with a better one.

When you apply for a job it is easier to get accepted if you are being “pirated” than when you are applying from unemployment. And in business transactions, already popular products and companies would easily gain leverage and sales than unknown companies even if their product is actually the same in quality as the popular brands.

That’s just how things work – like a snowball. It’s always the hardest when you are quite not there yet but once you’re there it will get easier and easier.

So would you be surprised if it is the same with Abs and Flabs? If you already have abs, it will get easier to maintain them. But the longer the time when you didn’t have abs (and have flabs of fat or beer belly instead) the harder it will be to work and diet to get those chiseled and small waists and midsection. 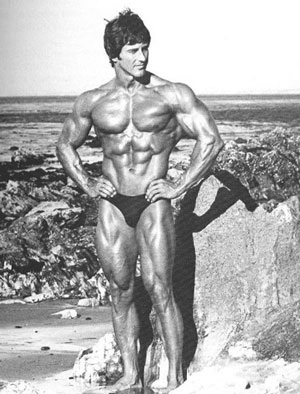 When you already posses a flat stomach – it wouldn’t take much to maintain those. You can even snack on junk foods all day; you wouldn’t worry about losing your trimmed midsection that easy. You won’t need elaborate and complicated programs to get your abs into contest shape.

Heck, even Dexter Jackson, the owner of one of the sharpest abdominals in bodybuilding claims that he does very little to no abdominals exercise.

But the sad news is that the longer the time that it took when you have last seen a hint of your abs (if ever), the harder and the longer it will be to work on having them visible. Thus the less ABS you have the harder it is to get them. No wonder the great Zabo once said that “The Best Way to Never Worry about Getting into Shape is to NEVER get out of Shape”

People with bulky midsections always ask for shortcuts and magic formulas for INSTANTLY making them lose their belly fat. Unfortunately I haven’t studied Anatomy and Physiology in Hogwarts.

Countless commercials and ads would tell you that you can sculpt abs from slabs of fat instantly and “easily”. That would be great for the mankind if that were true unfortunately it’s not! They are flat out LYING!!

You have spent a lifetime and decades of eating crap and basically garbage of artificial foods, neglecting exercise, or at least feasting beyond what is needed now there is no supervisor who you whine to (like you always do) and ask to expedite your getting slim waist and great abs. You have to lose fat first, and it will be a long grueling process. But it will be worth it! Remember: It’s always the hardest when you are quite not there yet but once you’re there it will get easier and easier. Eat your eggs, people!