I have been asked by lifters many times to explain myself further regarding the principle of homeostasis or the negative feedback mechanism. Although we have just discussed that in the recent article I want to share with you the very simple concept that I teach curious lifters. If you are confused about how the negative feedback mechanism works then just remember this one simple phrase:

“The body doesn’t count its blessings”.

SIMPLE – the same way you treat a person who doesn’t count his blessings:

We have cited beforehand the fact that a girl loses interest on her lover if he tends to give her consistent attention and declarations of undying love. The only cure to that is for the man to tamper the amount of TLC he is giving his woman. He must instill periods of what we call “dread” where he unconsciously signals his girl that she can lose him at anytime.  That scenario is a perfect example of “negative feedback” and “shock deprivation” at work and how shock works to negate the “negative feedback”. This is the same thing that we must do to our body especially in our diet.

For example you are taking whole eggs or whey protein regularly for the past few months. The chances are your body is already starting to get “numbed” because of the negative feedback mechanism – just like when you are receiving too much money; chances are you would “waste” more money.

Then what you should do is spend two days on certain month or week when you completely eliminate whey or eggs from your diet. Don’t worry about crap like “losing muscle” on this period. You already are when your body is getting used to the same protein sources for a long time.

During those “deprivation” days above you can either replace the protein sources with another one (except soy since soy is pro estrogen) or you can go hardcore and go on a total “fast” which is not advisable if you are trying to gain weight. Simply removing the heavy duty protein sources like whey and eggs is enough and completely rely on whole foods for two days up to a week. You can even go on a pure veggie juice only diet once in a while just to shock your body.

It is the same thing for people trying lose fat by cycling carbohydrates. They would need to reduce their carbs every day but they need to have a high carb day once in a while to “shock” the system and keep the diet from losing its desired effect.

I can assure you whatever method you choose to shock your body into growth (or fat loss) – once you get back to your normal “full” diet, you will find your muscles get “fuller” and your veins popping especially if you also restricted your carb intake during your shock days. After the “shock” period your body’s negative feedback will get some kind of a “reboot” and it will utilize the nutrients that you take in like it’s the first time; if not better since it will be like introducing rain to a civilization after giving them a period of drought 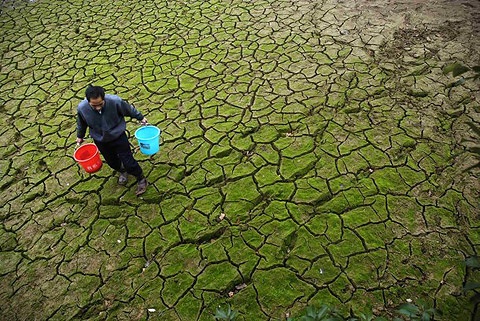 – they will tend to store and not waste the water that they will receive and just like your body:

“They will learn how to count their blessings once more and love what they receive”.

How about you: have you experienced a “shock” starvation diet before? How did it work out? Eat your eggs people!