Earlier this morning I caught the monorail heading home from a grave yard shift. It was around 10 am, when I reached the final station where I’m headed and I couldn’t wait to get home and get some sleep. As I and the other southbound passengers were walking up to the exit, there was this blind fellow with his cane. He was pacing around in opposing directions so it was clear that he was lost.

The Blind Man’s Meal by Picasso: 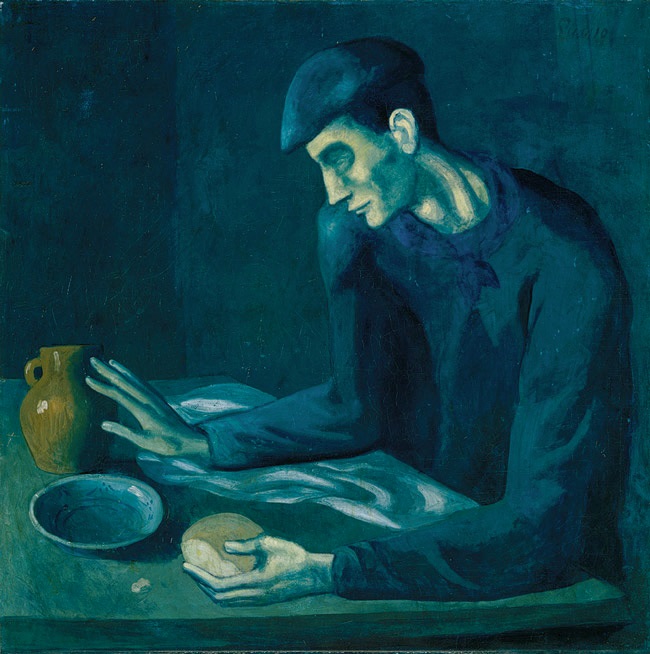 The guy caught our attention as we were constantly eying on him as we walked pass by and up the flight of escalating stairs. Now I was halfway up when I just couldn’t help but to ask what was wrong – lest he accidentally fell off the rails as he was blind. I asked where was he going and then he replied that he was trying to find his way to the exit – my suspicion was right: he needed help. At that point a security guard who I think heard our conversation took over and guided the blind guy to his way.

Now it wasn’t clear as to why this guy was roaming around unsupervised and furthermore if he were used to travelling on his own then why would he have lost his way?

Setting all those aside, I have reflected upon a great fact that it is really hard to resist getting to the aid of a man lost in the dark.  Figuratively speaking this can be applied in the gym where I see several aspiring athletes doing things wrong and literally playing around in the dark,

And in a dark place WHERE WEIGHTS CAN FALL ON THEIR HEAD!!

But off course I don’t want to come up as an annoying “know-it-ALL” thus I have to resist the temptation of jumping in and telling them that they are doing way too much for stimulating growth; or that their form is wrong etc.

Furthermore some newbies really think that they know what they are doing even if it’s obvious that they don’t. In that case they are much worse than the blind guy who knows for a fact that he is blind. In their case, they really are blind but don’t realize it.

Actually there are some disease processes wherein the patient is blind but they don’t realize it, they still think that they can see; this is called Anton–Babinski syndrome or cortical blindness.

In that case helping these people would make me look like a pastor trying to convert “non-believers “or sell tickets to salvation – which is just stupid so I’d rather resist my inner urge to correct them.

Also I feel that these “corticaly blind” fellows think that I am so full of myself just because I have a better physique. They don’t want to “hurt” their pride anymore by listening to my advice. Well, sincerely as I would like to offer my help, I’d rather stay as the quiet “lone” ranger in their eyes if that is the case.

You see, that is one of the reasons why I started this site. Here is where I can freely share my expertise and give a helping hand to people in need of help in the gym and only reach people who really “want” that help in the first place.

I really want to help those who are in need especially the “blind” lifters who are otherwise risking injury. But one thing though: I really do hope that you don’t belong to those lifters suffering from “cortical blindness” or those who think they know but don’t.

Although chances are they wouldn’t reach this site anyways but in case they did; I doubt that these people would benefit from anything I write anyways. Transforming that type of illness is beyond me,

And I am not Tobias to heal the blind: 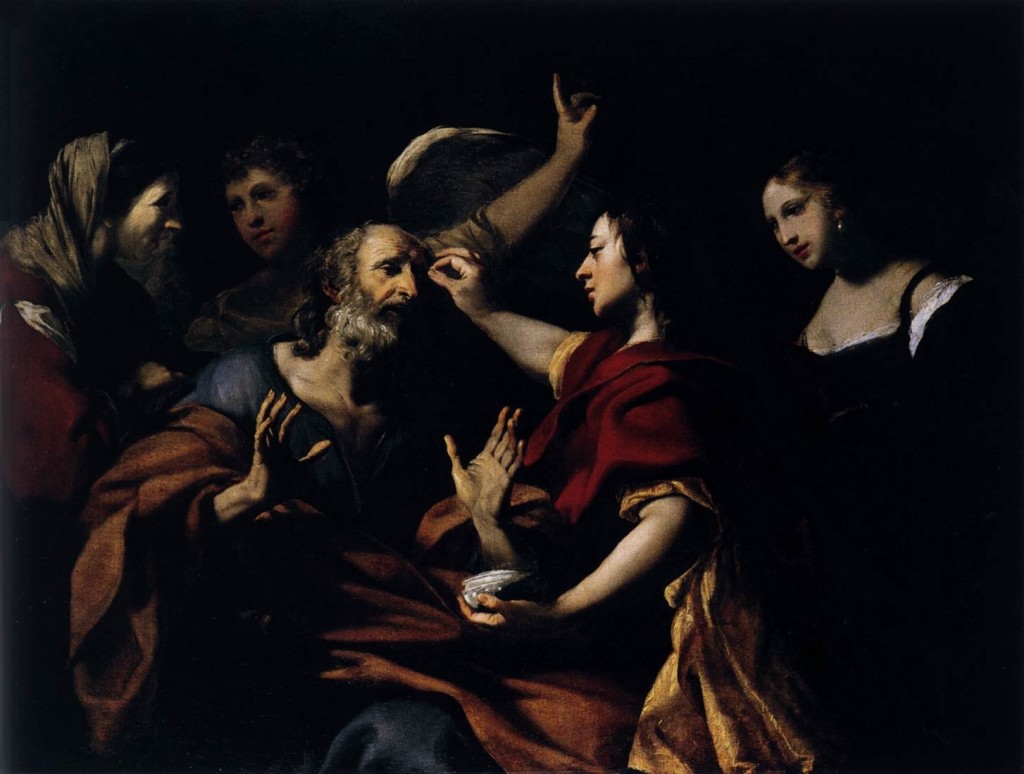 But I still pray that they will do little to harm themselves in the gym and that at least you’ve got some common sense and that one day, they would wake up and find that they need the light. In that case, halleluiah! Our doors are always open.  Eat your eggs, people!

Shoulders Pop When Doing Barbell Shoulder Press – Then Don’t Do it
Ten Pound Dumbbell Flyes – 10 Times the Pain? You Wouldn’t Believe it