Today we will clarify the steroid issue: That one will lose the muscle and the strength he’s gained during steroid use once he goes off gear. This is completely STUPID and are only thrown around by STUPID and WEAK people!

We made a video on this as well:

As much as I don’t use artificial anabolics and as much as the Ironthumb system is designed to give you gains even without using gear; this site is all about TRUTH and the truth behind everything behind the iron and lifting weights. And part of these facts are the ones that got something to do with “steroids” which in my opinion and medical knowledge are no worse than estrogen pills (actually estrogen pills can be more harmful).

My health background has given me like a medical common sense; like a goggle wherein looking through it I will see through the bullshit and through all of the misconceptions about health to which I can see that this steroid issue is mostly overrated. But here once again we have invited a friend of ours, SCIENCE to answer this question without bias. Today we look through the study: Anabolic Steroids Withdrawal in Strength Trained Athletes: How does it Affect Skeletal Muscles? presented by Dr. Anders Eriksson.

Basically they found out that while physical traces of drugs no longer remained, changes in the shoulder and quadriceps still gave lifters an advantage, years later. Muscle characteristics were compared for groups of power lifters who were using steroids at the time of study,  lifters who had history of Steroid use and/or abuse but were clean at the time of study, and life-time drug free lifters. 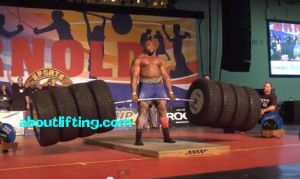 They found out that years after anabolic steroid withdrawal, and WITH NO OR LOW CURRENT STRENGTH TRAINING, their muscle  fiber area and the number of nuclei per fiber in the quadriceps and shoulder-neck fiber areas was still comparable to that of athletes who were currently performing high intensity strength training. In some parts the number of nuclei (muscle cell nuclei=center-the more nuclei the meaner!) per fiber was even higher than than those found in the CURRENT STEROID USING GROUP!!

In the words of Dr. Anders Erikson himself:

It is possible that the high number  of nuclei  we found in muscle after steroid use might be beneficial for an athlete who continues or resumes strength training, because increased myonuclei opens up the possibility of increasing protein synthesis, which can lead to muscle mass. Based on the characteristics between doped and non-doped power-lifters, we conclude that a period of anabolic steroid usage is an advantage for a powerlifter in a competition even several years after they stop taking a doping drug.

So that settles the myth that weak men claim that steroid gains are temporary. Well it appears like it is very far from temporary! Some cellular gains have even become more apparent through time.

But kids off course like any other drug – Steroid abuse will lead to some ill consequences. Practice precaution and never start a cycle without the assistance of a medical professional who is knowledgeable of doping I am sure that there are many around. Remember dope might be just dope for the ordinary person but looking through the medical goggles I tell you that hormones ain’t a joke to be played around with; therefore if you decide to put yourself on gear, give yourself a favor and seek a medical professional and never go astray from your prescribed dose (I.E “ABUSE”) Take responsibility for your own action.

Guys, Share your experiences: What is your experience with doping? Do you know guys who are still strong years after stopping taking dope? Eat your eggs, people!

Also, if you’re a beginner
and you’re wondering which steroids to take for your first cycle (and you’re completely decided), read one of my friend’s site this: http://aretheyonsteroids.com/best-steroids-for-beginners-first-steroid-cycle/