I get this “Oh I don’t want to be that big” all the time from guys I talk to either at the gym or at work. When I show them pics of some pros like Martinez, Dexter, or even Grimek (who was in reality very aesthetically pleasing): 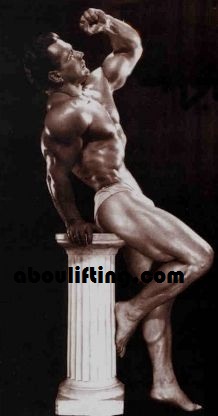 they would give me that “Oh I don’t wanna look like that – I just want to build my muscles but I don’t want to grow like that”.

Well guess what, if you are one of these people – don’t frickin worry; you won’t BE LIKE THAT! In fact you might not be even if you wanted to! It’s damn hard to achieve those and you might not have what it takes.

They see the best in the world of bodybuilding and all that they can say is that they don’t want to be “that”. I tell you what: being afraid of getting as freaky as Dexter Jackson, Coleman, or even Zane (who is not even “freaky” at all) or fearing “achieving” the same progress as they did is like fearing the odds that Bill Gates would one day walk to you and give you a check for a million (or even for a thousand) dollars.

fearing “achieving” the same progress as they did is like fearing the odds that Bill Gates would one day walk to you and give you a check for a million (or even for a thousand) dollars.

Unless you have superior genetics that merely looking at barbells make you grow then worrying about “getting too big” is nonsense or even GAY at best.

Let me tell you one thing; yes, The Ironthumb lifestyle, philosophies , training methods and dietary templates will help you (or even make you) grow up to your full genetic potential but that can only go as far as where your mind can take you.

In the end you will be the only person to decide the progress that you can make. Surely the people who always say “I don’t want to grow that big” always end up being either one of these:

2) They will eventually quit and realize that lifting is not their thing and get back to the monotonous “feed” lifestyle as a cog in the system waiting to die a chronic illness and collect insurance (that is if they have one).

3) Or once they experience progress, they will eventually find themselves longing for an Olympia level body or a strongman-level power. Hence they will pursue lifting with a dream in their hearts and superhuman dedication in their soul which will unlock their full potential and beyond. They will eventually be one of the greatest if not on the world at least on their vicinity or at least they will achieve the “greatest” that they can be.

What is the reason for the first and second scenario?

Basically that is if you want to reach for the sky, you must at least aim for the moon. If one is disgusted at the thought of even reaching the sky then chances are they will not even go as high as a godd@mn ten-storey building.

And what about the third one: where they find themselves in a better place and suddenly they want to be the “freaks” themselves?

It is basically this: every single person with a decent strong body who I talk to are also the ones who wouldn’t mind ending up looking like one of the pros (actually that is what most of the gym rats covet).They appreciate the results of the pros and they too want to get as big as they can be.

Even myself – I admit that I don’t think that physiques like Coleman’s are the most aesthetically pleasing BUT if you were to give a body like that (especially Coleman in 2001) I wouldn’t mind and I honestly would not be able to tell you with a straight face that “I don’t want to be like that”. 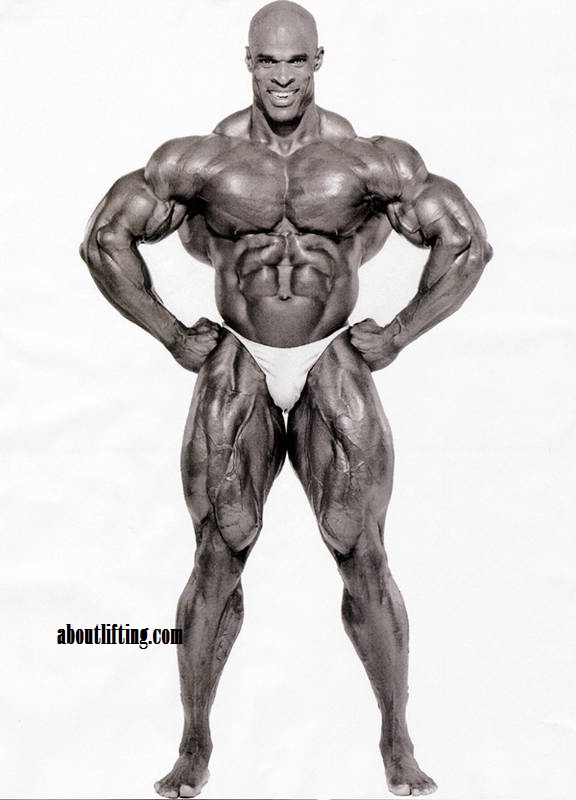 On the other hand every single person I spoke to who tells me that “I don’t want to be that big” are all weak-bodied people- most of the time these are ones who hardly even experienced any type strenuous work all their lives.

This toxic society has limited them and weakened their hearts to the point that they would view high level physical progress negatively since they are very far away from that they rationalize that “being that big is stupid anyway” In other words – they are SOUR-GRAPPING.

This toxic society has limited them and weakened their hearts to the point that they would view high level physical progress negatively In other words – they are SOURGRAPING.

Caveat: its either that or they simply are on a different league altogether for example boxers and power lifters would not want to be big off course. But still they would not tell it (according to my experience) in a way like how a “softened” man would (of course women would not like to be big!! Do you??). Athletes will give you why they don’t want a body like that: because they don’t need it. On the other hand there is that “spirit” on a softened man that would radiate as they tell you “I don’t want to be like that” that they are simply bullshítting and are simply unconsciously ENVIOUS. They are sour-grapping without them knowing it simply because what you are showing them is too far from their league.

So if you want progress and you are one of these people – be conscious of those mental workings that we discussed above that is probable what goes on in your head and in your soul. If you are one of those people who tell “I don’t want to be like that, I just want….” that means somewhere in your soul, there is a part of you that worships “weakness”. Remove that part of you or else forget about success.

That means somewhere in your soul, there is a part of you that worships “weakness”. Remove that part of you

Remember the body can only go as far as the mind and the spirit could take it. Shoot for the stars, people!

Read: How To Add More Plates To Your Bench Press

Is Following The Leviticus, Noahide or Kosher Diet Good For Lifting and Muscle Gain
Lifting Weights is Meditation and Inner Peace