These are the days and the times when we want results, we want them NOW. Impatience may be useful but it is not the way to go especially in muscle-building and training. As we all have heard “patience is a virtue”.

Saxon is the Epitome of the word “patience” both in life and in lifting weights: 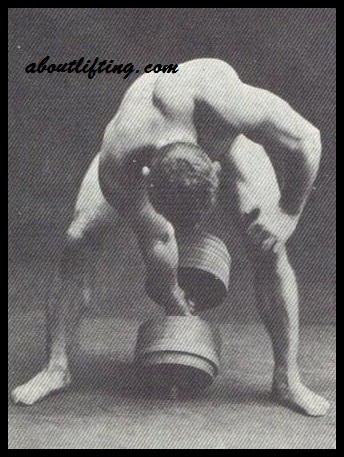 Seasoned lifters know that it takes a while to achieve results and training is not a “magic pill” which will give you tremendous results instantaneously. By the end of the day success and results will be measured by how long one can stay in the game.

Those who covet instant results will be too impatient and too disillusioned to wait for their natural gains to kick in. As a result they will be too frustrated and drained by stress (too much that they cannot recover well) and they will quit altogether.

Those very few who have stayed will be building their foundations “one shingle at a time” like what the great Hesiod said and those who left prematurely will see them and will be filled with jealousy.

The stayers will be accused by the sour-grapping quitters of using banned substances. Their achievements will be dismissed for their “superior genetics” or not having anything to live for or spend to but training and buying expensive supplements which those in the Crab-Mentality crowd will claim they never had – that obviously couldn’t be farther from reality as some successful bodybuilders used to strive between training, competing, and keeping a day job and some even have family and kids. Not to mention that most of us aren’t even planning on competing thus not really needing to do “nothing else but train” but will still have great gains nonetheless.

Perhaps they may be genetically inclined indeed to “work hard” and the quitters may have far more superior genetics for “complaining and whining like bitches”.

Yes you will lose some “friends” out of jealousy, but don’t be disheartened as losing them you really must. As the old saying goes it is necessary for a growing tree to be peeled off some of its bad twigs in order for more fruitful ones to grow in their place.

Thus is the fate of those who work in faith. You will be building good things in time as you lose some of the bad. Just be like the brick house which was built on blood and tears from thousands and thousands of blocks which now stand the test of time. Keep this in mind and in your hearts. Eat your eggs, A-lifters!