I love lifting, but I also love boxing. Last Saturday, one of my colleagues invited me on a bet. They were waging on what round Pacquiao would win a knockout over Timothy Bradley on their rematch. I said “Good! I’ll go for them reaching a decision!” Well it was clear that they wouldn’t let me bet with them in that case. But have they let me in I would have been a thousand bucks richer today.

See, I am also a Paqcquiao fan; but the thing is I actually “know” that a knockout is not gonna happen. Yes those bets usually had someone winning them as Pacquiao has a high KO rate percentage. But his power even ever since he was lighter belonged to a 150 pounder. And now that he is actually fighting 140-150 pounders, that really hurt his skill to knock opponents out big time. Out there in his present division, he is no longer the punching power juggernaut he used to be way back when he was a featherweight.

What I am trying to say with that is on his current weight division, Pacquiao’s standout asset is no longer his punching power because most guys in that division can take his punches, but his biggest asset in that division would be his hand-speed and agility.

The fight was great and they we’re well matched, with that I mean they are both out-boxers which made it interesting with their continuous exchange of quick powerful punches – although one could agree that Pacman’s age has obviously done a number on him. But I love the enthusiasm in both fighters, especially with Pacquiao since in that fight he came up as a challenger and we all know that his most exciting matches happened when he was a challenger and an underdog – just that he wasn’t an underdog in that fight.

But enough about the Pacman, take a look at Tomthy Bradley’s physique: 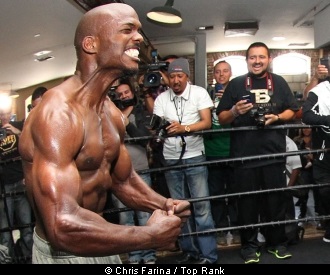 It is given that too much muscle isn’t exactly gonna help when you are a prize-fighter. Like what we discussed before, muscles consume more energy which off course will get in the way of endurance. But in fact Tim’s corner knows that – which is why he fasts weeks before every fight – thus the reason why he goes vegan before fights; to make himself lighter and LESS muscular!

The vegans go gaga saying that Tim is all muscular although he goes vegan. One thing is that he does that actually to “lose” some muscle mass and also given the fact that abrupt dietary changes tend to “shock” one’s system therefore it also makes for a great progress. Even Noah knew that principle which is why he commanded several occasions the Israelites to fast or avoid certain food groups.

Dietary system shock is good and it positively affects the body and it’s the best way to break dietary plateaus. And obviously Bradley doing vegan does not mean that the best thing to do when trying to build muscle is to avoid meat, dairy or even eggs. That is not to say that it is impossible for a real vegetarian to sport a very muscular physique but it would be very, very tricky and it would only be lucky if they happen to be genetic. But anyways it wouldn’t be much problem for ovo-vegetarians though since they allow themselves to eat eggs – BUT HOW COULD THEY DO THAT TO THOSE POOR UNBORN CHICKS!!! Sob sob 😥

But how exactly did Tim achieve that kind of physique? According to sources this was a “daddy issue”. Not the bad kind though – his dad used to be an old-school weight-training buff as well. When he was a kid he used to have to earn his playground privileges by doing hundreds of pushups and sit-ups.

And yes, he’s quite genetic I can say and he’s black so it should be generally easier for him to keep that kind of muscle. But that’s basically it, he was introduced to the joys of exercise at such a young age, and as he gets older he just got more and more intense training from his old man. When he turned pro he was actually already very muscular and very dense.

Those muscles helped through his fights

Now here’s my main point for writing this post: I know that his gift for having larger muscles are not all that bad for him as a boxer. Have you checked out his lats? Damn those definitions every time he flares his arms away – if you’ve watched the last fight with him and Pacquiao, I think you’d know what I am talking about. 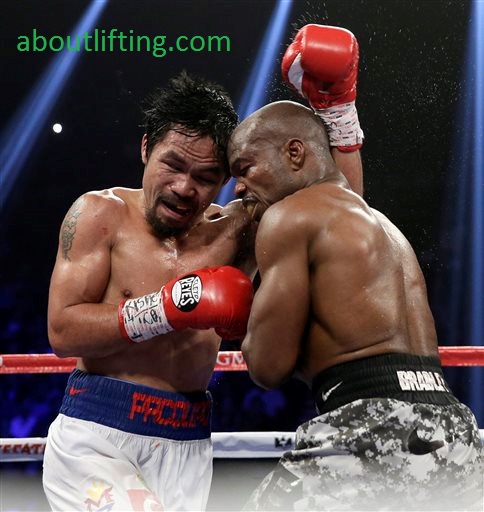 aww…they just love each other, don’t they?

In that fight with Pacman his muscle mass was even more obvious – probably since he says he’s gone up to 200lbs because he was depressed that people think that he didn’t deserve winning over Manny the last time. You see how easy it was for him to get to 200 lbs? He’s natural meso.

See, strong lats is really an advantage in boxing: those back muscles are what you use to absorb lots of impact from punches. Consider that your lats is basically the foundation of your upper body since it stretches literally from the top to the bottom of your torso. 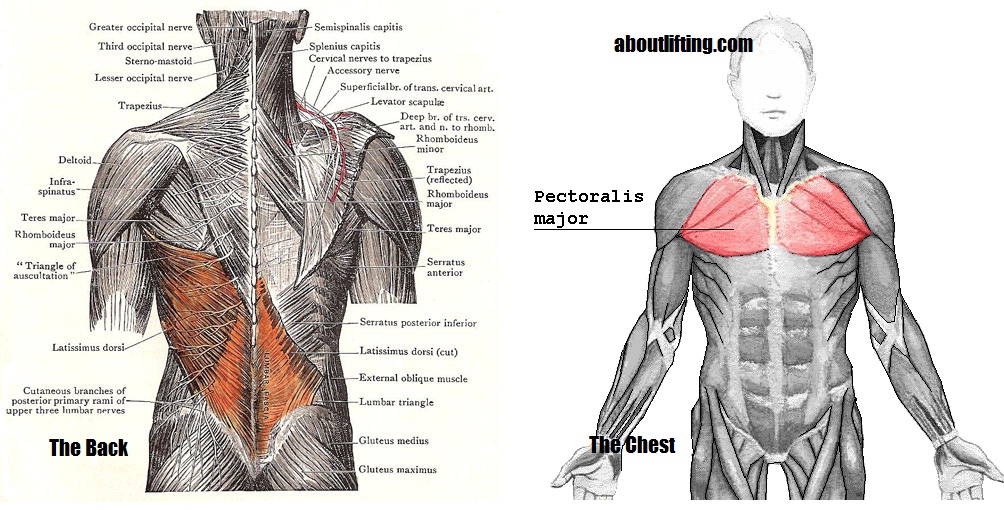 With that being said it really plays a big role in maintaining stability which obviously helped Tim a lot in both offense and defense. Furthermore the stronger your back is, the snappier your punches will be. In pro boxing, you always imagine that you are trying to steal your opponent’s mouthpiece from his mouth without him knowing it. That is off course because of the fact that it is your back that retracts your arms to “ready” position after throwing a punch. The faster you can reposition your arms after throwing a punch the more advantage you’re gonna have as you can either throw another punch or you can immediately use that hand for cover. And Bradley’s arms are snappy indeed.

Plus those muscle of his really helped him take punches especially those around his neck region. We can see that his trapezius muscles are prominent and that’s one thing that helps absorb impact. Obviously he also has a well developed neck. I heard he does chin pushups  which are just like regular pushups only that he supports his body with his mouth. And for sure he does some wrestler neck bridges as part of his routine – that’s a classic for increasing chin resistance by working the neck muscles big time. 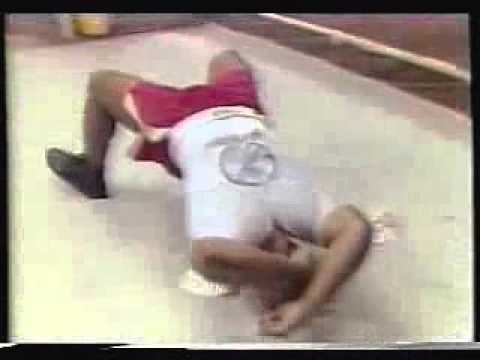 All in all, yes huge muscles are really unnecessary for most boxers and will surely get in the way of endurance. But if one is like Bradley, where he trained intensely yet they stayed there (his muscles) means they are meant to be there. I remember him saying that he used to do cardio by running around town tagging along his father DRIVING A CAR! And yet even after training like that his muscles stayed then it’s only fair to admit that they’re not getting on his way of being an effective prize fighter. I mean, wouldn’t Bradley know better? After all he’s lost only once and that’s to Pacquiao in a very good fight.

About the fight, the Pacquiao – Bradley 2: Yes it was worth watching. Even if I had to watch it from telecast which means the whole world knew the results even before I even get to watch round 5 – it was worth the constant wait from commercial to commercial break. Not once did I complain because the great fight was worth it all! The nagging feeling of having recently losing via knockout on Pacman’s end, and the eagerness to prove himself on worthy of his last victory on Tim’s has lead the two to prepare for the night tremendously and especially for Bradley who obviously leveled up from his last fight with Manny. And Manny obviously got his aggressive killer instincts back which I think he lost quite a chuck off when he switched church (notice that he doesn’t bring his rosary nowadays?). All in all I think it was indeed a great fight.

What about you guys? What do you think about the bout? Do you think it was good? Did it suck? Why? Please share your opinions with thousands of other readers by commenting below in the comments section. Eat your eggs, people!

Lenten Fasting and Meat Abstinence – Does it make Sense for Weight Lifters and Bodybuilders to Follow it?
Major Mistake: Not Eating Animal Fats – You Have Been Lied to About This all your Life