Lifting weights will not only keep you alive longer – It will also help you survive
a vehicular accident.

A tragic news struck our family earlier last week as one of my cousins got involved in a car crash. Thankfully she only suffered a broken clavicle and off course head contusion – which is quite bad. Nonetheless she is still lucky as there were three of them in the car, one is dead and the other one; her girlfriend is still in comma
– and I hope she gets better soon.

For the sake of this article, we are going to refer to my cousin as Price, and NO – the girl is comma is not a heterosexual “girlfriend”, but a romantic partner. Prince is female biologically; you got the point.

And just to let you know how lucky Prince was, let me show you some pictures of the car after the incident: 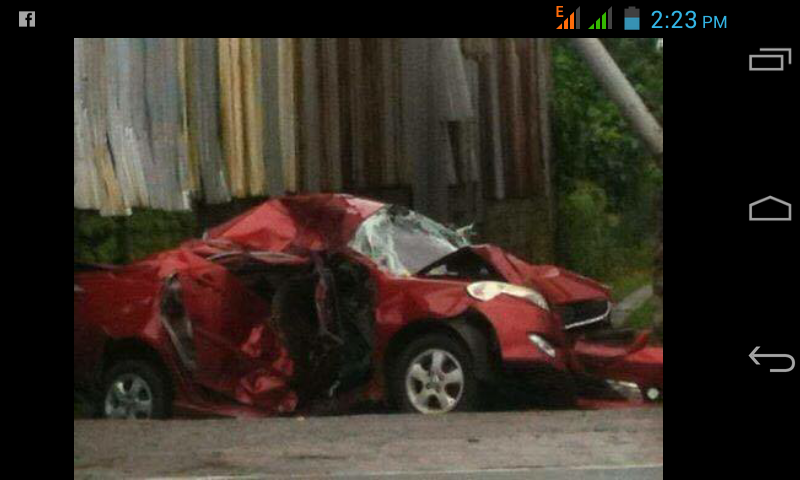 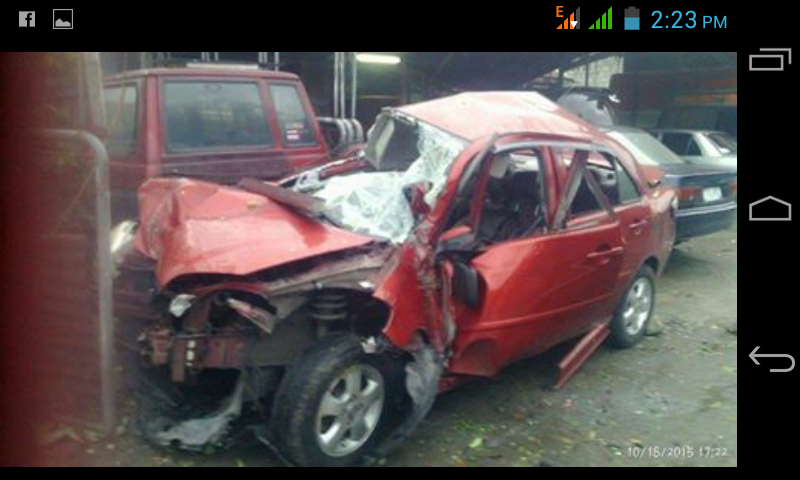 This thing happened during a tropical storm and as you might have guessed things like this are bound to happen to someone during such times. Also: telecom signal was bad so if you haven’t noticed, this picture was just a screenshot of a photo that
was shared through the Messenger App thread, which cannot be saved due to poor
connection (as evidenced by the “E” for edge sign on the upper right hand you can
tell that my coverage was indeed restricted).

Going back to Prince’s strange luck – yes we were happy, but I cannot just sit back
and conclude that she just happened to pray more than the other two victims of the
crash. There must be a reason – could it be that she just happened to be seated on
the least affected side of the crash? Well not really, actually both sides sustained
immense damage, more so on the right side, backseat where she was seated.

And then it hit me HARD! OF the three people in the car that faithful day, she was
technically the most able-bodied individual. In short her (or should I say “his”)
body was strongest of the three that was what made her survive.

Although researches indicate that women have very VERY low Vehicular accident
survival rate (compared to males); Prince isn’t you regular “female”. I think her sexual orientation is inborn. If they say that Champs are “Raised” not “Born”, in the case of Prince we can say that she was “born” and not “raised” that way. She has way more muscular strength and her body is much sturdier than a regular female. In fact the first time I taught her how to deadlift, she was able to do 90 pounds with good form (and she
was 5 foot 3 who has never lifted before).

So with that in mind we can say that the most probable saviour was her sturdy
physique since her body is not as fragile as a regular girl.

Actually researches indicate that obese males are more prone to dying from vehicular
accidents. But we’ll get to that in a different article. For now think about this;
fighters, especially boxers train the neck muscles separately by doing exercises
such as neck bridges – that is because better muscle tone around the neck results in
lower chances of getting knocked out because neck muscles can absorb some of the
impact.

Abstract
Athletics create impact load which can be deleterious to the musculoskeletal system.
These impact loads are attenuated by either deformation of materials external to the
body, deformation of tissues, or tearing of tissue and fracture of bone. Muscles act
to lower the bending stress on bone and to attenuate the peak dynamic loads from
unprotected impulsive loads that can damage musculoskeletal tissues. Athletes should
be advised to avoid impulsive loads for which they are unprepared, and to not
participate in athletics when their muscles are fatigued.

That is the reason why lifters live longer – weight lifting increases your “median life span” which means that it protects your from diseases and anything that will kill you before actual aging does – and that includes physical trauma!

I will give you a situation to think about before you go:

Think about this for a while: 3 people fell off a 20 foot cliff; assuming that everything about these three are equal besides their weight – Nick is 5 foot five and he’s 100 pounds, Jobb is also 5 foot 5 and he’s 300 pounds of flab, and Eric is 5 foot 5 and he’s 150 pounds and only 6% bodyfat. Whose body do you think would be able to resist any injuries the most? Who do you think has the highest rate of being able to survive? And most of all, who do you want to be among the three people mentioned if ever you would accidentally fall off a cliff? I don’t know about you, but I am betting my life on being Eric! That is all – eat your eggs, people!