Weightlifting isn’t just a sport; it’s a way of life. Athletes in the field eat, breathe and lift. Their dedication to the sport has made for some fascinating films on the topic. Here are some of the best documentaries about the sport, providing you with an inside look at weightlifting around the world and throughout history. 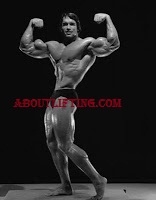 “Pumping Iron” is a 1977 docudrama about the world of professional bodybuilding, and it is a great look into the history of weightlifting competitions. The film focuses on the 1985 Mr. Universe competition and the rivalry between Arnold Schwarzenegger and Lou Ferrigno. Just about anyone with a passion for lifting has seen this documentary and it serves as inspiration and entertainment for lifters around the world.

It is one of the best-known lifting documentaries both in the fitness community and mainstream media, with an impressive 96 percent on Rotten Tomatoes. The film has been lauded by critics for being beautifully shot and edited so even your friends who aren’t as into lifting will also enjoy sitting down to watch this classic.

Directed by Christopher Bell, “Bigger, Stronger, Faster*” is a 2008 documentary about the use of anabolic steroids in weightlifting. Bell’s brothers, Smelly (Mike Bell) and Mad Dog (Mark Bell), are weightlifters who grew up admiring wrestlers and bodybuilders like Hulk Hogan and Arnold Schwarzenegger and aspired to model themselves after their heroes.

The film approaches the use of anabolic steroids from a unique perspective and makes plenty of interesting arguments and speculations. Medical experts, American Representatives and other professional athletes are interviewed to offer up various perspectives on the issue. Bell even goes beyond the main issue of anabolic steroids to look at the inconsistencies in the way American society views cheating. He questions whether Tiger Woods’ laser eye surgery could be considered cheating and if the legal steroid cortisone should be thought of as a performance-enhancing drug.

Produced by the International Weightlifting Federation, the film is meant to have a mainstream audience, so it won’t go into great detail about training programs or show off any insane lifts. Its goal is to put on display the passion that people around the world have for the sport of weightlifting.

“Lift the World” takes viewers on a trip across the globe to visit lifters and coaches in locations like Russia, Mexico, Poland and China. It features both well-known athletes like Olympic Gold medalist Lu Xiaojun as well as aspiring professionals to show the sport from diverse perspectives.

The great thing about this documentary is that it is available on YouTube, so you can watch it anytime. If you’re going to give it a play while on a public network, be sure to protect your device by using a Virtual Private Network. It might also help you if you’re in an area where the video might be restricted. Read a wide range of reviews to find the best VPN for YouTube that will keep your connection secure on Wi-Fi hotspots.

Iceland is one of the smallest countries in the world and could fit inside the state of Colorado. That being said, it has one of the most impressive records in the World’s Strongest Man competition. With 18 medals over the last 40 years, Iceland comes in second in the championship rankings. Many fans of the competition wonder how such a tiny country can produce some of the world’s strongest men.

In “Nest of Giants” the documentary team at VICE set out to answer this question by visiting the Jakabol gym in Iceland, where Iceland’s strongest athletes train. It provides viewers with an exclusive look at the intense training routines of Icelandic lifters and the passion that these athletes have for the sport.

The documentary is only 20 minutes long, so it is a very easy watch. It is available for free online on the VICE website.

“Going for Gold” is a BBC-produced documentary that focuses on Zoe Smith, Hannah Powell and Helen Jewell on their path to represent Team GB at the London 2012 Olympics. There are three athletes in the film vying for two spots on the Olympic team, so pressure is running high. This film takes a look at how they balance training with school and relationships while coping with injuries, homesickness and being in the spotlight.

It is interesting for lifters to look at the sport from the perspectives of young women with dreams of going professional. “Going for Gold” provides a unique perspective that you won’t often see in lifting films and documentaries. While the sound of it might not pique your interest, it is certainly worth a watch.

These documentaries should provide you with an in-depth and diverse look at weightlifting in history and around the world. Whether it is incorporating something new into your training program or fueling your passion for lifting, you are sure to take away some inspiration from these films.

Caroline
Caroline is a blogger that trains in her spare time and considers herself immersed in lifting culture. If she’s not at her desk, you’ll find her at the gym or outdoors enjoying exercise and movement.
Find me on Google+ Ironthumb Follow @AboutLifting