The lifting way of life – to eat only “real” foods and no (or less) processed foods, to lift regularly and in a way that doesn’t give you too much cortisol (or at least getting regular dose of physical activity), getting enough sleep, and reducing stress by practicing regular meditation for recovery and mental health.

I can tell you: God wants you to lift weights. Let me tell you why:

I accidentally saw a segment of a television Christian show from a group of people who call themselves “3 Angels Broadcasting Network”. I don’t know this group and I am not a part of their church – I don’t even know what “sect” they consider themselves to be in. But what they we’re talking about at that time (when I was randomly looking for anything at all in the television that makes sense) was so intriguing and interesting.

They we’re talking about avoiding “temptations” and being “owned” by something that you know isn’t right or doesn’t benefit your life in a positive way. They insist that most sins are actually done consciously which means that the “sinner” knows that what he is doing isn’t right (shall we mention that more than 70% of sins is when a person causes harm unto no one but himself?) but he lacks the “will power” to fight it off.

Now this is where it gets interesting: one of the pastors said that 90% of the time all they need to do is lifestyle modification and the problem is solved.

What the pastors talked about is that the part of the brain that handles willpower is the “frontal lobe”. They mentioned the fact that due to the modern lifestyle, people actually weaken the frontal lobe (and the body in general) and most of the time simply introducing exercise and getting away from processed foods was enough to change a “sinner’s” life. 90% of the people who went to them for spiritual help only needed to modify their lifestyle and just like that they were able to “fight off” their vices. The pastor even mentioned that he himself had problems with smoking before and because of living healthy and living in God’s words he is now vice free. 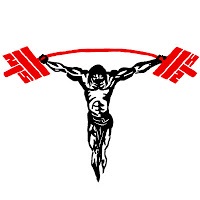 Heck I myself was addicted to cigs before but I do notice that when I lift I lose my appetite for them. I don’t condemn tobacco but we all know that your modern filter cigarettes contain more chemicals than tobacco.

And to tell you the truth I wasn’t smokin’ cigs – the cigs were smokin’ me!

Now that I am once again embracing the lifting way of life, my addiction to cigarettes is gone. I can even chat up with some friends and puff some sticks once in a while and not look for another “hit” afterwards. Most people cannot tease their addiction like that or they’ll end up slipping into the habit once again.

They wrapped it up with this verse which according to them is the most “fearsome verse”, but is also one of the most eye opening and empowering of them all (and for obvious reasons).

You are a person as a whole; therefore holistic your approach must be and strengthen the person that you are as a whole.

To top it all off – the world would be a better place if only more people would embrace the “lifting” way of life. Imagine fewer addicts, fewer angry people, fewer crime rates, and off course – lower obesity rates which is taking a toll in the country’s finances.  All that because most people would develop healthier bodies and therefore healthier frontal lobes which gives them more willpower to fight off their sinful vices and will also give them power to pursue meaningful things instead that will benefit the world as a whole (directly or indirectly); therefore more people will be able to walk the path of God. All the more reason to eat your eggs, people!