The next time that you go to your local gym try to be more observant: You would probably see all the fit and lean individuals lifting weights (or doing boxing sessions if your gym has a ring) while the fat dudes struggle in the treadmill and cycling machines.

The truth begs to be unveiled – aerobic exercise does not and will never EVER make you lose weight, PERIOD. In fact a study conducted on 13,000 dedicated runners showed that these people gained weight.

LOL This is why they got fatter: 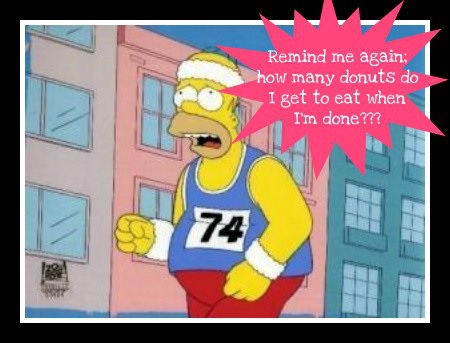 There is however an effective way to “run”. We have discussed several times the importance of including HIIT or High intensity interval training into your routine. This regimen involves sprinting, then resting, then sprinting, instead of steady state aerobic cardio. Furthermore HIIT also increases your T levels, sweet!

However to further strengthen our point, let us check out a certain study published in Journal of Obesity:

The effect of regular aerobic exercise on body fat is negligible; however, other forms of exercise may have a greater impact on body composition. For example, emerging research examining high-intensity intermittent exercise (HIIE) indicates that it may be more effective at reducing subcutaneous and abdominal body fat than other types of exercise. The mechanisms underlying the fat reduction induced by HIIE, however, are undetermined. Regular HIIE has been shown to significantly increase both aerobic and anaerobic fitness. HIIE also significantly lowers insulin resistance and results in a number of skeletal muscle adaptations that result in enhanced skeletal muscle fat oxidation and improved glucose tolerance. This review summarizes the results of HIIE studies on fat loss, fitness, insulin resistance, and skeletal muscle. Possible mechanisms underlying HIIE-induced fat loss and implications for the use of HIIE in the treatment and prevention of obesity are also discussed.

And this one below came directly from the full research paper:

So the name for the HIIT regimen is actually the “Wingate Test”. The study has basically already laid out a perfect training easy to follow regimen for any of you planning on losing fat above. Specifically:

These bouts are to be performed 3 times a week, not bad at all. Even busy career men would be able to manage squeezing in 20 minutes of HIIT (HIIE) three times a week, not bad compared to running a marathon for hours or doing long cardios on a threadmill while calling out on your blackberry or hooked to your Ipod, which has been scientifically proven to actually make you FATTER!

In conclusion, regular HIIE produces significant increases in aerobic and anaerobic fitness and brings about significant skeletal muscle adaptations that are oxidative and glycolytic in nature. HIIE appears to have a dramatic acute and chronic effect on insulin sensitivity. The effects of HIIE on subcutaneous and abdominal fat loss are promising but more studies using overweight individuals need to be carried out. Given that the major reason given for not exercising is time [64], it is likely that the brevity of HIIE protocols should be appealing to most individuals interested in fat reduction. The optimal intensity and length of the sprint and rest periods together with examination of the benefits of other HIIE modalities need to be established.

In contrast to steady state cardio, HIIT has proven to be more convenient requiring less than 30 minutes per session. Although the researchers are still currently on their way to determining the “optimal” length of doing HIITs; nonetheless the subjects in several studies involved have had a lot of results already by doing a total of 30 seconds of sprints 3 times per week; that’s golden. You can increase the intensity and the duration, according to your own strength and fitness level off course.

Until next time, eat your eggs, and SPRINT MORE, people!