Hey I know most of you are bagelheads and the west just love bagels for breakfast. But you also know that I would go for the old-school egg and coffee breakfast. And right here science has just proven that eggs are more preferable than bagels and what’s more – Eggs have been shown to aid in weight loss. 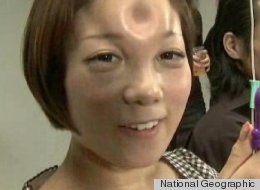 Eggs have been given a bad shot – indeed people just love kicking the eggs! Get it? “Kicking the egss!” Oh that HURT!! And with that it now seems unimaginable to most people that eggs are not only healthy but can indeed be used to lose weight. But science begs to disagree.

Abstract
OBJECTIVE: To test the hypotheses that among overweight and obese participants, a breakfast consisting of eggs, in comparison to an isocaloric equal-weight bagel-based breakfast, would induce greater satiety, reduce perceived cravings, and reduce subsequent short-term energy intake.

SUBJECTS: Thirty women with BMI’s of at least 25 kg/M2 between the ages of 25 to 60 y were recruited to participate in a randomized crossover design study in an outpatient clinic setting.

Well is it any wonder why eggs would cause better satiety? Eggs are compact with nutrients especially protein. And the body has the ability to detect whether or not you have taken sufficient macros and micros.

Basically if all you have eaten is “fluff” or empty calories like most stuff available to us today; then the tendency is that the body will not send signals that it is satisfied – you will not feel sated; thus you will eat more of nothing and you will feel like garbage and you will indeed look like garbage. Well now can I say EAT YOUR EGGS! Train hard!