It’s no secret: When it comes to modern bodybuilders – Dexter Jackson is my favorite. If you ask for my opinion I’d say that he is the greatest modern bodybuilder among today’s pros. Just take a look at that guy – He’s only 5 feet 6 inches. In around 1998 to 1999 he competed at around 190 pounds. Now Dexter weights at around 230 lbs.

Dexter’s Bios here and here including his contest history.

As you might have noticed in his contest history; Dexter pretty much dominates the Arnold Classic – which frankly has better judging than Olympia itself. And way back in 2008 he won the Arnold and the Olympia both at the same year.

Dexter is massive for someone standing at merely five 5 “ 6’ – but that is not the reason why I think he’s the best of all the modern bodybuilders. What makes Dex standout is his perfect physique of pure symmetry. Yes he possesses mass but his figure flows well and perfectly. While most of his peers are playing the massive game especially during the times of Coleman – Dexter would go upstage with swan-like grace in his symmetry and with stunning rock-hard conditioning. If I were to ask my momma to buy me a Mr. Olympia limited edition actions figure (if there is such a thing); that would be nothing else but a Dexter Jackson!

If I were to ask my momma to buy me a Mr. Olympia limited edition action figure (if there is such a thing); that would be nothing else but a Dexter Jackson!

One of the things that you can learn from Dex is that he weighs around 235-240 off season and at around 230lbs contest weight. Does that mean that he doesn’t give attention to losing fat and extra weight (which is impossible given his superior conditioning)? No! What that indicates is that he makes it a point to keep his bodyfat and weight at bay even during the off season so that he doesn’t need to lose much weight for a show. That basically means that he keeps himself at top shape all year round!

That basically means that he keeps himself at top shape all year round! 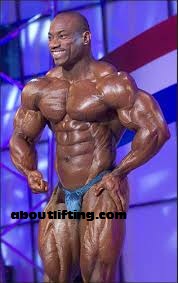 Longetivity: Another part of Dex’s greatness as a modern bodybuilder is his Longetivity. If you haven’t known Dexter is still getting better and better despite the fact that he’s 43 right now! On his entire career not only has he been on tip top shape but of tip top health as well; since becoming pro there hasn’t been any news of Dexter having any serious health conditions – another one for those ignoramuses who speak that steroids and bodybuilding shortens one’s life and for those idiots who believe that bodybuilders are unhealthy people. Dexter is a living proof that bodybuilding is one of the healthiest lifestyle you can get into.

One of the reasons why Dexter is enjoying a long healthy career is the fact that he doesn’t need to lose much weight come contest time. According to him 3 weeks would usually be enough for conditioning. Like what we said before he maintains his weight at around 10 pounds his contest weight. Other bodybuilders who are bulking up too much off season are forcing their body to lean up 20-30 pounds every year for a contest are giving a heavy toll into their body and that type of stress accumulates through the years causing health problems and early retirement.

Dex is also careful and listens to his body. If you watch him train you would notice that he goes heavy but he doesn’t throw the weights around but instead he moves the weight in a slow and careful manner. You will even notice that he also tends to accentuate the negative portion of the moves (sounds familiar?) which is one of the reasons why he keeps on gaining granite-like hard muscle and stays away from injury.

Another thing: Dex has gone up from 190 lbs to 230 but that mass was gained in a slow and steady manner. If you watched him closely back then (since the 90s) and every year – you would not have noticed that he was getting bigger and bigger. In fact nobody did that is why most would critique his lack(?) of progress in the mass department.

Dexter is indeed a genetic freak (and take a look at those sharp shoulders and abs!) 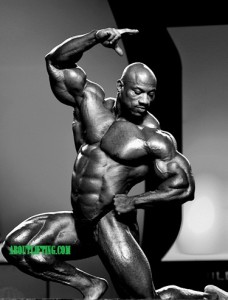 Dexter is well admitted that his metabolism has been naturally fast ever since. But that doesn’t take away the fact that he is quite small-framed compared to the other mass monsters who have won the Olympia. But Dexter played his own unique game which is granite-like conditioning, sharp cuts, and perfect symmetry (near perfection if not) and all with a great package of mass which is just enough to flow well into his physique and overall figure. And that is what makes him the most pleasing and undoubtedly the best pro of modern bodybuilding.

-Keep your bodyweight near contest weight and bodyfat below 10% all year round for best conditioning results and longetivity. Needless to say eat clean all year round.

Share your thoughts: Who is your favorite modern bodybuilder?

Read next: Who was the greatest Mr Olympia of all time?