Behold! On the sixth day, God created Man ….and the man …..DID SOME DEADLIFTS! For those who do not do deadlifts are not MEN!

“And God saw everything that he had made, and, behold, [it was] very good. And the evening and the morning were the sixth day.” -Genesis 1:26

Therefore today, on the sixth day we dedicate to the king and undisputed God a’ father of all lifts – the almighty DEADLIFTS!

This is what friends are for: 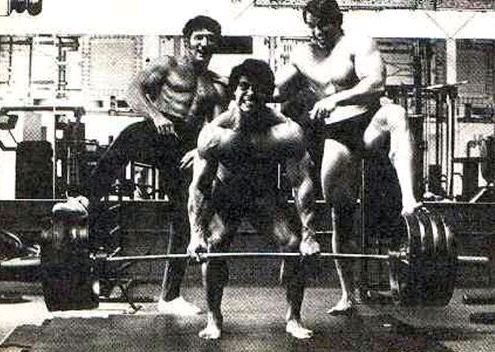 It ain’t called “Dead”lifts for nothing – we will discuss 6 benefits that you will get by including deadlifts into your routine.

1) It improves posture – Let’s face it; most kids these days rarely train their posterior chain – their all about who can “bench more”. Yes I love benches and bench press is an integral move but the thing is people tend to train these mirror muscles too much while disregarding their back. And the result is a bunch of hunchbacked kids walking around the gym.

And as I have said before “I would rather miss a chest day than a back day” because the back consists of more major muscles and in reality and developing your posterior chain also has a positive effect to chest size (as it appears) since developed back will tend to pull your chest forward, out and proud.

In a sense you can tell from a lifter’s posture whether he deadlifts or not. The deadlifters will stand straight and proud – while those who don’t tend to have slouched backs.

2) Deadlifts allow you to use the a lot of weight – Technically it is the lift where you can use the MOST amount of weight (out of all the major lifts). 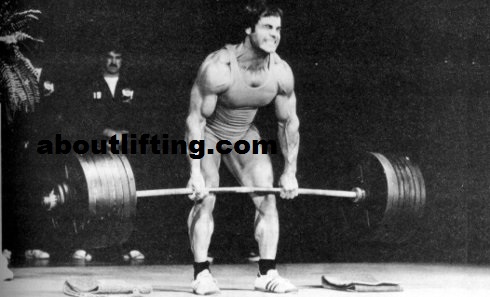 Well, so what if you can use more weights?! It’s not just that – more weights mean more stimulus, more stimulus means more challenge for the body, it therefore leads to greater adaptation response combined with a sensible lifting routine.

Another thing is EGO – using more weights boosts ego – it’s that simple. Boosting your ego boosts results and allows a lifter to perform at his best. Therefore deadlifts will help you perform better.

3) Deadlifts involve a whole lot of CNS – lifts can be classified in accordance to their CNS stimulating capacity. As a rule, a move that involves more fibres, a move which involves moving the body itself along with the weight will score higher in the CNS category.

If that is the case then deadlifts along with pull ups would score very high. As we know, moves with higher CNS stimulation capability cause more muscle growth and adaptation response because they tend to make your body “think” that it is actually trying to run away from imminent danger – which off course makes it so that your body will harness more growth and strength gains in order to adapt to such a challenge.

4) Deadlifts make you look BADASS – because you can lift more weight, and because almost no one does it (unless you train in a badass dungeon – if that’s the case then good for you!).

I remember a time when I was doing some warm-ups for deadlifts with 200 pounds and some kids are talking behind my back and the other one was saying that his “trainer” said that it is a dangerous move and they shouldn’t do it. Obviously they have “Skinny kid” for their trainer.

Kids nowadays are scared to do deadlifts so they will be in awe whenever they see someone do it properly. To be honest I get impressed when I see a beginner doing deadlifts even if they only use two 50 pound plates. That means that this kid has some serious dedication with weights; the amount of weight he uses doesn’t matter and it shouldn’t – as long as it is efficient for his level (remember that “heavy” is a relative term).

But off course that is not to say that you should only do deadlifts to show off! I actually prefer doing some solid deadlifts when I am all alone in the weight room, it helps me concentrate – however with that being said it wouldn’t be half a bad idea especially if there’s a cute chick around eh?

5) Deadlifts help you in sports – the deadlift has a superb carryover effect to sports, especially to those that require quickness and high level physicality – that is why deadlifts are included in the Jump Manual (the only vertical jump training program that makes sense). 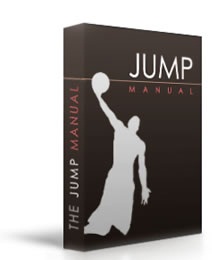 If there is one thing that deadlift teaches a lifer’s mind and body – it’s BEING AGGRESSIVE! Your mind and body is trained for aggression and exerting full, unadulterated force – this will make for a badass ace athlete (or a better athlete – at worst)

6) Deadlifts will make you bigger and stronger – Sure we can say that the “testosterone stimulation” theory of deadlifts (and other multi joint moves) to be bro science although they really do cause testosterone spikes – but one cannot deny that including these moves REALLY does make someone grow stronger and bigger, FASTER.

If your regimen involves only single joint moves, you are really doing yourself a disservice; especially if you are a beginner. Even if the testosterone spike caused by doing deadlifts is not the direct cause of the increased growth, something definitely is – but what? Well it is a difficult move and it puts the body to its limits, and like what is stated above – it scores very high on the CNS category. So whatever it is one thing is for sure:

DEADLIFTS will make you BIG and BAD!

Till next time, eat your eggs, and do your DEADLIFTS, A-Lifters! Chau!