Will restricting carbohydrates make you lose your muscles? Lifters who are trying to lose fat especially competitive bodybuilders know the fat-burning benefits of going low-carb and compensating with the fat and meat intake. The best approach for this diet is to eat servings of meat/eggs and veggies every meal (since veggies would provide very little to no calories from carbohydrates).

veggies are ok, yes even carrots: 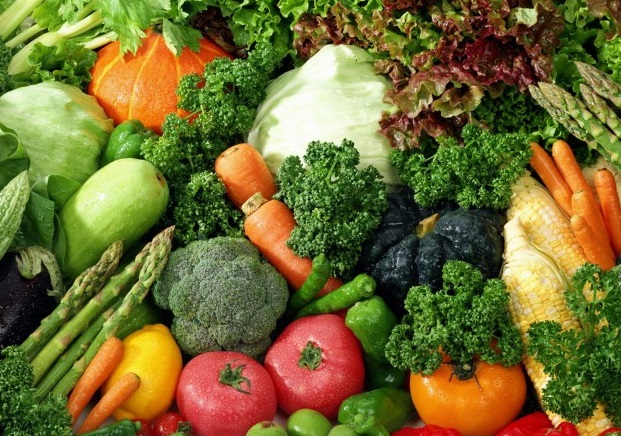 But until recently the whole community seem to mutually agrees that this kind of diet would nonetheless take a little toll on your muscles. Although bodybuilders wanting to “shred” would just take that as a worthawhile sacrifice for the sake of a better package come show time and people in general who just want to lose fat generally don’t care about lean mass whatsoever.

But the good news is that science actually proves that going low carb would not affect one’s lean muscle mass – in fact in a certain study the subjects who went low carb (8%) for a period of time actually increased their lean mass percentage overall:

Oh yeah, it is scientifically proven that low carb diets would result in SIGNIFICANT fat loss; but on top of that it somehow preserves muscle mass:

Thus, we conclude that a carbohydrate-restricted diet resulted in a significant reduction in fat mass and a concomitant increase in lean body mass in normal-weight men, which may be partially mediated by the reduction in circulating insulin concentrations.

It might feel counterproductive at first and one might even feel ill but that is only because most of us “modern men” are just so used to metabolizing crap and sugar and it will take time for your body to literally get used to getting its fuel from burning fat. Plus you might even have stored some fat soluble toxins out there in your flab which were not unleashed until finally your body was forced to burn the flabs of fat that contain them – but that’s an entirely different topic.

You might also initially experience “flatness” or weight loss but that would just be water weight and not muscle. The flatness would be due to the glycogen stores being depleted and also the decreased insulin that comes with carb-restriction – which is vital to fat loss.

One caveat that you must consider in the above study which relates to all of us lifters is that the subjects were not weight trained and the experiment did not call for these men to do any type of exercise program at all at the entire duration of the experiment.

Yes, the benefit of carbohydrate restriction (and compensating on animal fat intake) of fat loss is undeniable and it is indeed very tempting to just jump in without question but before you go and just adjust your carbohydrate intake to ZERO; STOP and consider first that people undergoing resistance training (especially high intensity multi-joint moves like squats) – which tend to use up the body’s glycogen stores as main source of fuel – would require a significant amount of clean carbs in their diet to make any gains at all with their training.

Or else his Training would become Distress instead of EUstress

Without some amount of carbs we cannot guarantee that we will make any strength or muscle gains at all in the gym. It will be beneficial for lifters to add fruits to their diet and eat a serving of rice (preferably brown rice). He should also consume eggs, steaks, and liberally eat green leafy veggies for fiber. Don’t worry you will never be able to take in any type of calories from veggies as they provide very little calories in general.

You should avoid bread and table sugar 100% as today bread is a health threat in general for most wheat used in today’s bread are just artificially produced to increase yield. This leads to metabolic imbalances and fat-gain at best. Avoiding bread and sugar and just eating REAL, unprocessed food will help you maintain your caloric restriction and yet stay healthy as fructose and modern wheat are some of the greatest causes of chronic diseases of the modern man.

For a limited time only:
Low carb diets are great but I wouldn’t recommend that you stay on this diet for more than a couple of months. Remember that your body would somehow adapt to this pattern of diet and you will notice that you will just stop reaping any sort of benefits from the diet.