First off let me say that this technique is not entirely “brainless”. This technique is intended for everyone, of all ages, sexes (or of whatever sex you think you are in), and sizes. If your goal is gaining hardcore mass and shirt busting muscle (or at least improve your physique – but you wouldn’t be shooting for a low target wont you?) then this tip is for you.

However if you’re one of those denialists (loI invented that word) struggling playing Warcraft or Call of Duty in their mother’s basement who “DON’T want to look like one of those freaks” (even if you really wouldn’t without medical assistance), then you have a loser’s mentality and this post is NOT for you.

Now if all of you are ready, mentally and “spiritually”, then we could all proceed.

This is really important; which is the reason why we need to filter out those who are not ready mentally, because if you think that the “very simple” technique that we are about to share to you is a training program, a diet regimen, or a “super, magical supplement” prescription (which always tends to be a scam almost all the time), etc. – you would be WRONG!!

Because today what we will be doing is more of a “mental” technique; and true to my word it will indeed be VERY SIMPLE

So simple that you would think either:

I am crazy or

You are crazy for not having thought of it

Whichever is the case, this technique sure works and in fact I find myself quite dumbed out that I haven’t thought of sharing this piece of information to you guys much earlier. To be honest it hasn’t quite dawned to me until now that this is a valid tip per say; but when I think about the past posts and researches that we have shared on this website especially on the category of “Mind over Matter”, it was like the pieces of the puzzle just lined up showing a very obvious picture.

Let me tell you a story; back when I was a teenager lifting weights, I didn’t know about the internet. In those days my only access to the internet (or at least it was the only way I know how to) is through local cyber cafes which cost a lot of money per hour. Off course as time went on they became cheaper and cheaper, and fast forward to the present day, even data and internet connection plans are already significantly cheaper.

But off course I didn’t mind that too much as I devoured through the whole thing in no time. I remember that I used to read that while eating my pre-bed oatmeal, eggs, and red tea. From then on my parents, who I think were quite pleased that I’m obsessing on resistance training instead of chain smoking marijuana, or partying all night like all of the other kids on the block; fully supported all of my endeavors.

They bought me lots of beef, provided lots of eggs in the fridge, my dad would always give me money for the sessions and always cooked beef bone marrow broth (called Bulalo in these parts – oh I miss that!), and on top of that they regularly bough me some muscle magazines like Flex, Ironman, Muscle and Fitness, Reps, Muscle Mag, and my favorite MUSCULAR DEVELOPMENT.

I remember having to be careful not to finish up reading the whole thing too quickly, truly savoring each and every page of it. I get quite a sad feeling every time I finished a whole mag especially if I still haven’t gotten something new to read. And it wasn’t like I could buy a new copy every time, those things are considered “imported” in my place and they are not cheap. A magazine would cost the same as half a kilo of rice, even the old editions that I read (which I really didn’t mind at all.).

Now if you think that “MAGAZINES” is the answer, close but WRONG AGAIN! But read on to find out:

Then I noticed one thing: I tend to train consistently but everytime I had a new copy, I seemed to gain weight (with 10% and below body fat vial skinfold). Every time I hit a standstill in my training despite of my consistent efforts in the gym, a new copy of a magazine to devour day in and day out seemed to make me “gain” muscle on its own.

But, George – perhaps it’s because of the training programs that you get from them:

Sure! I admit that I followed a few of the programs found there. But at that time, I was just using the same protocol at that time I observed that. And the time lapse doesn’t seem to be the answer as well. As there have also been periods when I would use the same protocol and become stuck and hit the wall, and on the other stretches that same period would yield a different and particularly an improved response in my end when I have a new copy.

Maybe it was just because of the new diet plans that you get:

If there’s one thing the magazines contributed to my diet was reassure me that the diet that I have been on all the time was the correct one, at least for my body type. Yes I do get some insights here and there but my diet has pretty much stayed the same during that time. I didn’t even take supplements those days.

Then again if you’re guessing that the answer is MAGAZINES, again, that’s STILL not it! Nice try!

So what is the unbelievably simple, BRAINLESS Technique to Increase MUSCLE GROWTH? Simple:

Looking at bodybuilders, and reading and watching bodybuiding

The thing is, if you’re really serious about anything, you would live and breathe it day and night – such is how one’s passion is supposed to be. 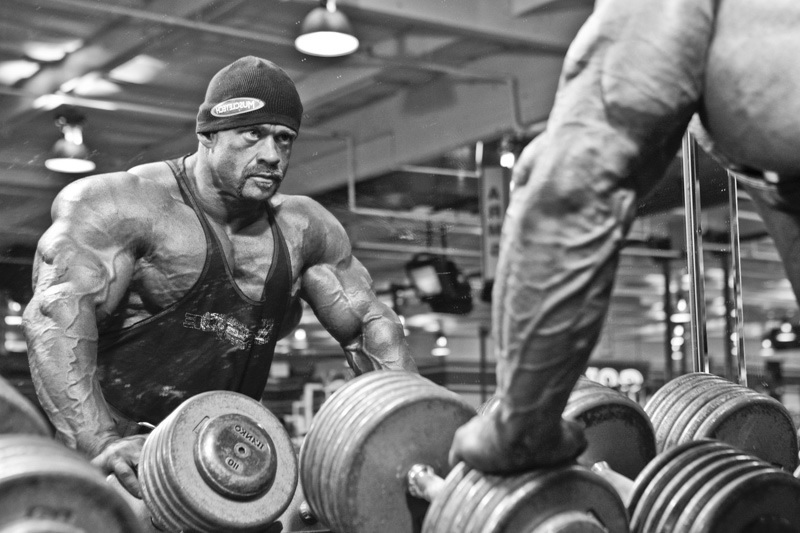 You probably heard that the body only follows where the mind goes. Then this is the exact realization of that. We have already discussed that it was proven by science that merely watching people lift and imagining that you lift helps one gain muscle and strength.

So I guess for me, obsessively reading through the muscle magazines and thinking about huge guys all the time really helped me become one step closer to becoming a huge guy. Your brain is much MUCH more powerful than you think, think about it – lifting is merely a stimulus, something that is supposed to start a whole series of reactions and adaptations in your body. Lifting itself is not what makes you big but the whole bodily processes that it stimulates. And guess what controls those processes – YOUR BRAIN.

So exposure to the things that you want to be helps your brain optimize the processes that are at work so that you would much easier attain the ends that you want – since you expose your brain to it. That is why millionaires who speak in front of some financial lectures would always tell you that their number 1 advice is to become close to the winners if you want to become like them and stay far away from the losers as much as you can. Now I know that it sounds like some “attraction” The Secret stuff, but that is really how it effing works! And with regards to bodybuilding, which involves changing your body, leveraging the exposure effect has never been more important (and in all due fairness to The Secret, I think that what they say really makes sense after all).

So what to do?

So let us assume that you are doing everything correctly – from your training regimen to your diet and lifestyle. You already know that the best lifts are the basic High CNS lifts, you know that you must start with a consolidated regimen, you know that you must eat only real foods for best result, you even take whey and creatine monohydrate as a plus, and you know how to shock your muscles into growth and likewise your diet whenever it becomes stubborn, you know the optimal number of sets that you must do to gain muscle, you have memorized the killer workouts, you know already the basic characteristic of a muscle cell, and you had your testosterone levels checked , etc ETC! However you still feel that there is somewhat something missing. . .

Then that is where our weird, and simple tip comes into play!

Yes you can also read some magazines if you would also enjoy that! Anyways I don’t believe that 90% of what is written in magazines are hogwash, but don’t expect to learn too much either! Most of the stuff written there only revolves in the same old same old. EXCEPT for Muscular Development, which contains huge content every time and lots of section for the research papers – or at least they used to.

But today Magazines are nearly a thing of the past; you could just:

– watch lots and lots of videos of bodybuilders pumping iron

– Read a lot of content dedicated for lifting and bodybuilding; that’s what About Lifting is for!! Reading this makes you one step ahead!

– Make friends with a lot of bodybuilders and watch them train, or better yet – TRAIN WITH THEM!!

– Search around the web for anything at all about bodybuilding and lifting, savor the information overload! Ha!

With regards to the quality of content if course that matters but to get the exposure effect – Not that much! Reading crappy content as long as it’s about bodybuilding and you see a lot of big muscular guys.

The only caveat is not to lose sleep reading and watching stuff, otherwise you will only take a step forward and a step back

You see it’s really that simple, there is a huge amount of scientific explanation that can be done but in essence it’s just simple as if you think about something all the time and you focus you energy on it, it will be given to you! Happy 2015 to you all and see you later! Eat your eggs, people!!

Jesus Look alike Turns Water into PROTEIN SHAKE (I hope it’s Whey)
Reach Your Goals This 2015 - A Testosterone-FUELED New Year to Everyone!