I went home one morning from an excruciating day at work and what a surprise – the guys from home told me that Santa just went by and dropped me an early Christmas gift. So I scrambled to the door where a package was handed to me. It appears as though Santa is using the post office nowadays you know, to delegate and multi task and it’s his way of saying that I have been a good boy this year, aww shucks.

Note: HEY GUYS MY FAVORITE GEL IS NOW NKNW,
REVIEW WILL ARRIVE SOON BUT CHECK OUT THEIR SITE. BASICALLY IT IS A SIMILAR PRODUCT
BUT NKNW IS A BETTER VALUE FOR THE BUCKS (And will arrive discreetly)

The package was about the size of drinking flask and had a hell lot of rounds of masking tape seemed rolled around it. Outside the package it says my name as “Webmaster” and my address (not going to provide that here). I spent like 10 minutes trying to open it up using our scrawny knives and lo and behold:

It’s an Andro Plus Testostereone cream.

We are a dedicated group of guys committed to helping men upgrade their lives through managing their hormones.

The current environment has been filled with endocrine disruptors (poisons from large-scale agriculture and manufacturing) that have fundamentally altered the expression of hormones in our bodies.

After lifestyle changes failed to fully transform us into the men we wanted to be, we started looking into the weapons-grade stuff.

This led us to develop AndroPlus, the Number 1 solution to fighting aging, depression, and confidence issues. 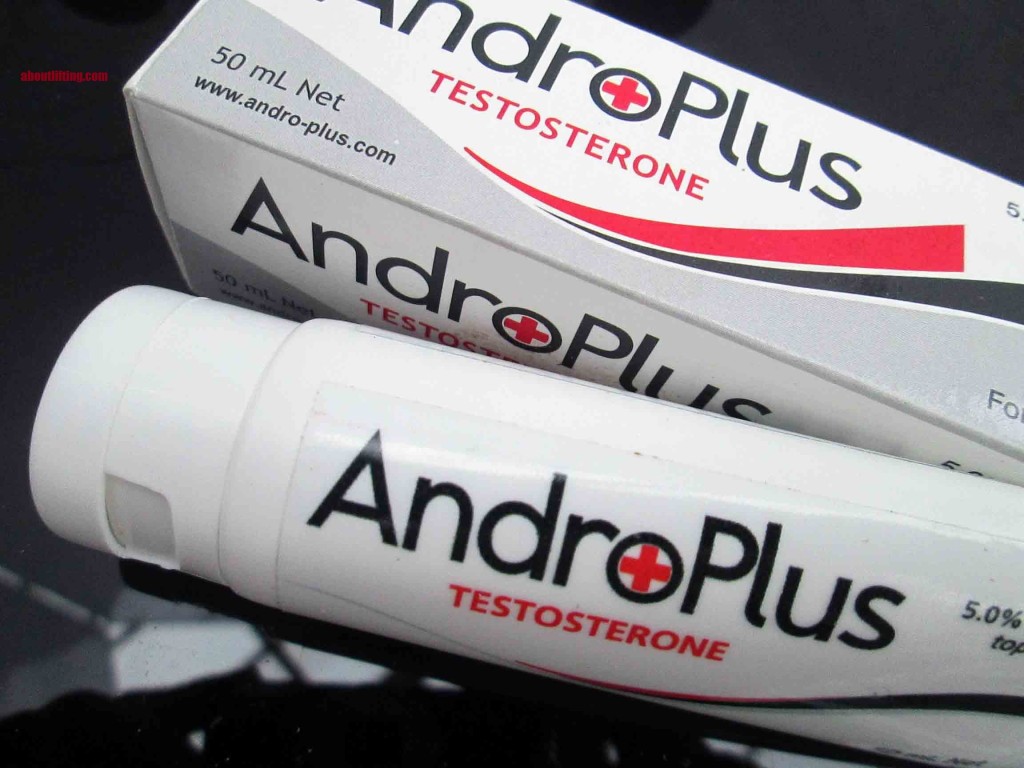 You see I have been exchanging emails with guy who we’re gonna call Noah for the sake of this post. Noah is one of the representatives for a TRT company, AndroPlus that has been making quality testosterone creams for a while. I checked the company out and it sure does seem like the company is legit and their product has already helped many struggling men including our beloved Aurini (the author of Stares at the world) himself, here are his exact words:

Now, I am not a doctor; I haven’t done independent testing, and I am not an expert on body-building. But I can tell you the following:

■I am more alert; I feel braced for action.

■I have more energy for working out.

■I am less prone to depression.

■I am more cheerful.
■Both my sex-drive and acne have returned to where they were at 25.

TRT may not be a youth-serum exactly, but it’s pretty darned close.

Andro-Plus is a topical cream – slow release – with a 5% mixture. You may qualify for TRT with your medical plan, but from what I understand they’ll usually start you on a lower dosage (the good stuff is reserved for the aforementioned FtM transsexuals). 5% is effective, but it is not a body-building dosage – in other words, you shouldn’t have to worry about damaging your natural testosterone, or amplifying your estrogen production (both risks of steroid abuse – while steroids can be done safely, they require a great deal of scientific background). From my experience, Andro-Plus is safe, it is effective, and it, or something like it, is necessary for your health. $100 may seem pricey, but that’s for a six-month supply.

We talk about testosterone a lot here in AL and you might have remembered the other post we had about gays and testosterone. There we learned that all men these days have LOWER testosterone and basically the T level of the general male population has been falling by 1% per year:

A new study has found a “substantial” drop in U.S. men’s testosterone levels since the 1980s, but the reasons for the decline remain unclear. This trend also does not appear to be related to age.

The average levels of the male hormone dropped by 1 percent a year, Dr. Thomas Travison and colleagues from the New England Research Institutes in Watertown, Massachusetts, found. This means that, for example, a 65-year-old man in 2002 would have testosterone levels 15 percent lower than those of a 65-year-old in 1987. This also means that a greater proportion of men in 2002 would have had below-normal testosterone levels than in 1987.

“The entire population is shifting somewhat downward we think,” Travison told Reuters Health. “We’re counting on other studies to confirm this.”

It is the world that we live on today, with all these chemicals, toxins and the toxic culture that we are being raised at. Society is basically castrating men and that is the hippest trend nowadays. Ever wondered where all those real MALE ICONS that were popular around the 70s and the 80s? 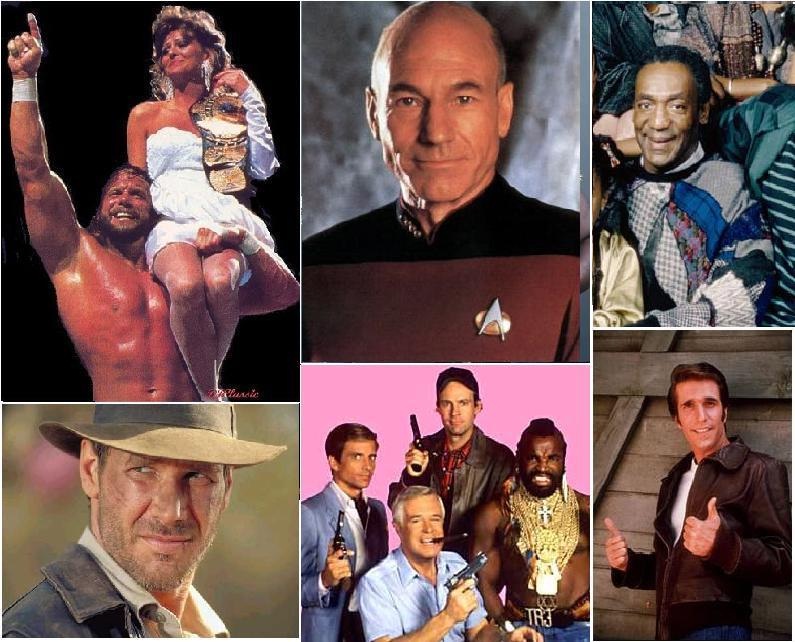 As diverse and imperfect as these characters were, they were all examples of masculinity. They represented different archetypes, from the father to the leader to the ladies man to the rugged outdoorsman to the protector. They were all more similar than dissimilar, as they all were role-models for young boys of the time, often the same young boys. Celebrities as disparate as Bill Cosby and Mr. T had majority overlap in their fan bases, as did characters as contrasting as Jean-Luc Picard and The Macho Man Randy Savage.

At this point, you might be feeling a deep inner emptiness lamenting a bygone age, as the paucity of proudly, inspiringly masculine characters in modern entertainment becomes clear. Before the 1980s, there were different masculine characters, but today, they are conspicuously absent. Men are shown either as thuggish degenerates, or as effete androgynes. Sure, there were remakes of Star Trek and The A-Team, and series finales of Rocky and Indiana Jones. But where are the new characters? Why is the vacuum being filled solely with nostalgia? A single example like Jack Bauer is not sufficient to dispute the much larger trend of masculinity purging. -Courtesy of The Misandry bubble.

You see I might be in the medical field and all knowing anatomy and stuff like that, but like Aurini, I am not a doctor. And don’t take my word for it, that Andro plus is indeed a great product – instead take my friend’s; Philbert’s word He’s a medical doctor.

Boost My Testosterone With AndroPlus

If you are a sensible man living in today’s modern battle grounds, you know that you need two friends nowadays:

1) A great lawyer and

Number one is my fraternity brother, Clint who is about to graduate from law just yet but at least I already have #2 covered. Philbert (Not Dr. Phil!) has been a family friend and has stood with us through thick and thin. I know that Doc is on his fifties right now and he’s not exactly in his youth-like shape so who would be a more suitable candidate to share the blessings of with?

So I went ahead and paid the Doc a visit. We chatted about family stuff, and before I left I gave him a whole tube of A+. The doc was happy and he said he would use it. I also gave him the site’s address and recommended that he follow some of our routines along with the TRT. He even mentioned that he also used another cream before albeit a more expensive one (we will not disclose the brand here) which is perfect for so that we will have a point of comparison.

I saw the doc again a month later. I needed a consult with my cough and he prescribed me some meds then I asked how he’s doing with the Andro Plus. He said he hasn’t been able to follow the regimens since he has been busy being a major stock holder of a new hospital he and his partners established. That surprised me since I can see that (yes he’s still quite chubby) but he now looks less fluffy so to speak. His muscles seem tighter but his skin turgor seems perfect. And his overall aura is undeniably more “alive and uplifted” he seems happier for some reason.
He said that he’s feeling okay and so far Andro plus is just as good as his last T cream (which costs twice as much). But the major help that A+ is giving hi according to doc is with his sexlife. You see, the doc looks harder (muscularly) and happier because he IS HARDER and happier with A+.

A+ Cream is Safe for the liver unlike traditional TRT:
TRT is well and good as long as you do it while being monitored by your physician hopefully an endocrinologist. But the thing about traditional TRT (testosterone replacement therapy) is that it is quite taxing to your internal organs and it especially boxes your liver. That is why you need to consistently monitor your liver enzymes as you undergo injectible or oral TRT.

NOT SO WITH ANDRO PLUS

Andro Plus is a T cream and it doesn’t pass through the liver anymore as it is administered to the skin and then to your system directly. And furthermore with the method of administration and formulation of A+ it is impossible to “overdose” or experience the side effects (bitch tits – gynecomastia for example) that you usually get with traditional TRT. Andro Plus is also designed not to hinder your body’s natural hormone production.

Masculinity is dead and is hanging on a pike suffering from the lynching of the man jawed witches and that is a more formidable foe of our testosterone besides the toxic lifestyle we are physically living at. Doing something about your testosterone levels in this day and age is like giving a huge middle finger at the face of your oppressors – and in my professional and personal opinion, Andro Plus DEFINITELY qualifies as a MIDLE FINGER. Eat your eggs, people!

24 thoughts on “An Honest Review of AndroPlus Testosterone Cream”